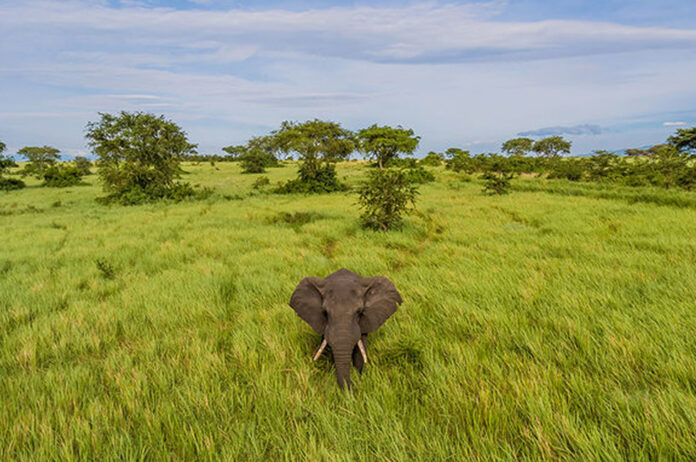 Uganda, a little country by geographical size; is one of the number one spots for wildlife safaris in Africa. It has 10 national parks, 12 wildlife reserves, 12 sanctuaries and 5 community wildlife management areas with an assortment of varied fauna and flora yearning to be explored by nature enthusiasts.

These wildlife habitats though unevenly but immaculately distributed around the country in an unprecedented way. Tourists are spoilt with choice and this is why most of the safaris in Uganda are tailor-made. Tourists have the chance to choose the national parks to visit based on the information shared by the tour operator.

Albeit Uganda has several parks for wildlife safaris, there are some with outstanding wildlife species and magnificent sightings. Below are the 5 best parks for Wildlife Safaris in Uganda.

Detached in the far northeast on the borders of Uganda, Kenya, and South Sudan, Kidepo valley national park is one of the most eye-catching natural environments in Africa. This is an expanse of the true African Wilderness with flatlands fleeced by short brown grasses.

Kidepo valley national park has been listed as one of the best destinations to visit in Africa on a safari by CNN Travel. The park has an enormous number of wildlife species to see on a game drive including buffaloes, lions, elephants, giraffes, zebras, jackals, cheetahs, and so forth.

It is also one of the few natural habitats for the Ostriches, a rare bird to encounter. Within and close to this national park, there are two interesting tribes; Karamonjongs and Ik. The two tribes culture has not yet diversely affected by westernization. Their ways of living and traditional norms which roll back to the African traditional society when people used to sleep in huts, rudimentary tools and respect for elders.

Murchison was the first biodiversity known to have existed in Uganda. It is the largest natural reserve in Uganda with an astronomical size of 3840 square kilometers. Former Kabalega national park has impressive natural features, flora and fauna to discover, and explore on a safari.

One of the main highlights of the Murchison Falls National Park is the Nile River which dissects the park into two parts and hosts two remarkable waterfalls; Murchison falls and Uhuru falls. These two iconic phenomena are great places for photography and filming. The serene parts of the river are conducive for boat ride experiences.

Murchison falls national park is also home to the common wild mammals, notably lions, elephants, buffalos, giraffes, leopards, elands, and many more. The incredible population of birds within the environs of the park can never be forgotten.

Murchison Falls national park is such an amazing park to visit because of its wilderness and unique geological features that leave the visitors awestruck.

Lake Mburo is the most strategically located wildlife destination on the Kampala-Mbarara highway. It is the nearest national park to Kampala. It often works us the welcoming point of almost every wildlife safari in Uganda.

Although small, Lake Mburo has many wildlife species to encounter like the zebras, giraffes, elands, impalas, buffaloes, and hippos. Over 350 bird species fly and live within its environs. While at Lake Mburo National park, the visitors engage in activities like game drives, boat rides at Lake Mburo, and horse riding at some gazetted areas, which are predator-free.

Mburo offers a different experience from other national parks in Uganda. It is relaxed and compact. The wildlife species are easily encountered without so much wandering and hustle.

Queen Elizabeth National Park was one of the first natural environments to be turned into a national park in Africa. Its recognition as wildlife protected area roots back to the early days of the 20th century.

Queen Elizabeth National Park rose to global prominence when the Queen of England, Queen Elizabeth II visited it in 1956 and it was christened her name. The former Kazinga national game park is situated in Kasese, western Uganda a few miles away from Mount Rwenzori, famously known as the mountains of the moon.

Uganda’s most popular park is also an important birding area with over 600 species of birds, almost half of the total species of birds in Uganda. Bird lovers are never disappointed with binoculars on their eyes when they search and look at the different birds around the park.

Boat cruises are also carried out within the park. This amazing maritime activity takes place at Kazinga channel, a water line that connects the two great lakes of George and Edward. The boat ride offers stunning views of countless organisms like water birds, hippos, crocodiles, and other common animals on the banks which come to bathe and clear the graze out of their throats.

The Pian Upe game reserve is one of the natural hidden jewelry to look for if interested in taking a wildlife safari in Uganda. It is located in the shadows of Mount Elgon in the Karamoja semi-arid region. The insurgence of Pian Upe game Reserve has made the east-north route the most exciting and eventful circuit to take on a Uganda safari.

Back to Pian Upe, the game reserve has a plethora of animals to see and enjoy including cheetahs, antelopes, lions, Bright’s gazelles, mountain reedbucks, lesser kudus, ostriches, leopards, and many more. The birds are also in plenty such as Alpine Chat, African Hill Babbler, Dusky Turtle Dove, and Hartlaub’s Turaco.

There are a lot more places to execute amazing wildlife safaris in Uganda but above five locations are undeniably the best anyone can recommend for an exceptional wildlife safari in Uganda.