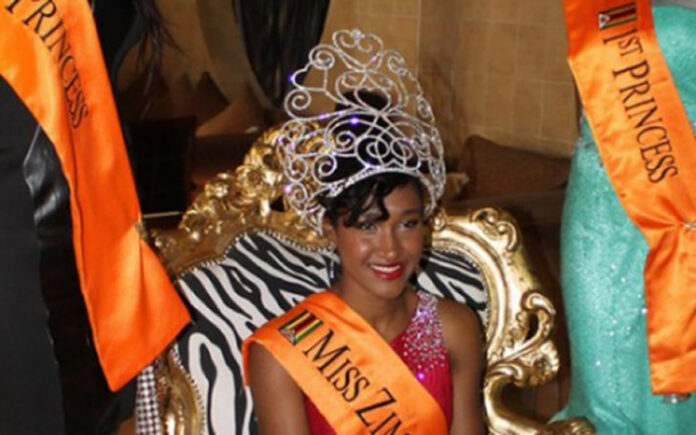 My first question is, who in the world is Catherine Makaya? If she could not be in the top three the first time, what changed this time around? Why these people insist on continuing to call this joke of a pageant the Miss Zimbabwe is just beyond me.

First they have a closed door show, banning the general public from attending claiming that it is to protect the procedures and what not nonsense along those lines. Ironically, the Miss Zim of their choice is caught up in a scandal just a month into her reign. And then instead of naturally giving the crown to the first runner up, they have an emergency closed door re-run. In Shona we call such “mahumbwe”!

The two ever models in the history of  Miss World who had to give up their crowns before their reigns were over passed their crowns to their first runner-ups. The first was in 1974 when Helen Morgan was dethroned after just four days. And the second was in 1980 when Gabriella Brum had to step down after just eighteen hours.

Even at country level, passing on the crown to the first runner-up is what is done. In 1983 when Vanessa Williams stepped down, she too was succeeded by her first runner-up. That is the meaning of runner-up! It means she was a close second and in the event of something having happened, she is supposed to take her superior’s place.

The reason why a runner-up is a runner up is because she is almost as good as the winner. It means she out shined all the other contestants and that she she is naturally the preferred substitute in case of an emergency.

So if Catherine is also caught up in a scandalous storm tomorrow or if God forbid something happens to her that would hinder her from continuing with her “reign”, what are they going to do? Hold another re-run? Give us a break.