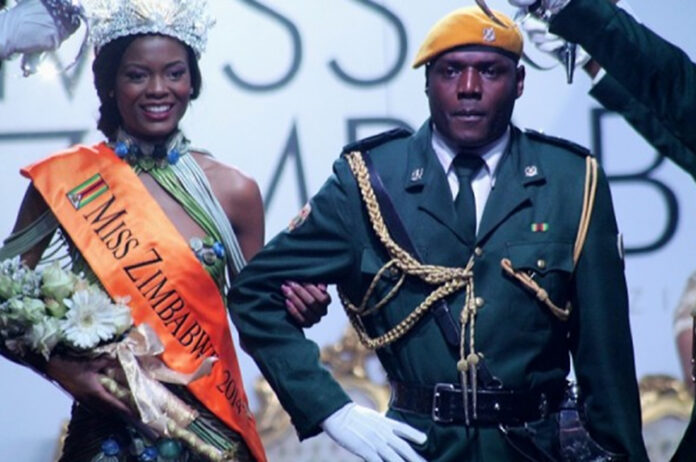 I am beginning to think that Africans have a curse on them. The kind that does not like to see success happening. Just when things are about to happen, and someone does the most silliest of things. Exhibits A and B: Oscar Pistorius had a good thing going on for him, but he just had to shoot his girl and look at where he is now. In the Big Brother House, Rocki stood a very good chance of winning. But he had to have a meaningless fight with Maneta and look at where that got him. And now this. Girl was headed for MISS WORLD!!!

It feels like just yesterday when Thabiso Phiri was being announced as the winner of the newly returned Miss Zimbabwe pageant. And then last Friday we wake up to breaking news of her resignation. Apparently, the beauty queen had been forced to resign because of her nude pictures which were leaked by her boyfriend. I hope it’s ex-boyfriend now.

I have a bone to chew with this guy. Yes, the guy and not Thabiso. Sure people may go, “how could she be so stupid, what what”, but come on, this was a girl in love. Girls in love do the most stupidest of things all the time. And it’s not like she posted the pics herself on the social networks. She was sending them to her lover. Emphasis on HER LOVER. One just doesn’t send nudes to every Tom, Dick and Harry.

Now for this guy to betray such trust is disgusting. Who does a thing like that? If he didn’t like her why did he date her in the first place instead of ruining her career like that? He could have at least held on to them and then post them after her reign, but no, he had to make her remove her crown, I AM SO INCENSED!

However, I hope Thabiso gets to read this article. Things happen baby girl, and whatever people may say, you are destined for greatness. Look at Vanessa Williams. Who would have thought that she would be who she is now some three decades ago when she too had to resign because of leaked nudes. She still remains America’s first black Miss America.

So inspite of this guy who’s just sabotaged this part of your life darling, pick yourself up and prove to him and the rest of Zimbabwe that you are made of much stronger stuff.

PS You will be alright.