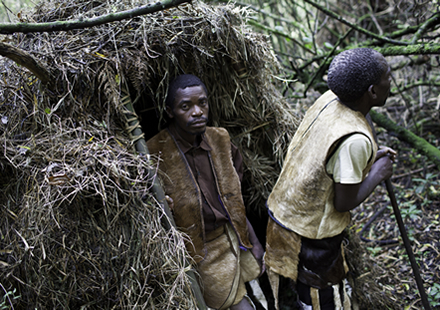 The Batwa People, a tribe which was evicted out of Bwindi Impenetrable Forest to create the park, have won a case against Uganda Government.

The Constitutional Court in Kampala ruled on 21st August 2021 that the Uganda government is responsible for the suffering of the Batwa People who were evicted out of the forest during the creation of Bwindi Impenetrable National Park. The Batwa were evicted from their ancestral land without any compensation from the government and thus their suffering. Their land was gazetted into Bwindi Impenetrable National Park, Echuya Central Forest Reserve and Mgahinga Gorilla National Park.

The Batwa are among the marginalized tribes of Africa. This pygmy tribe lived in the forests of Bwindi and Mgahinga for a great time. Their survival was based on the forest since they were mostly hunters and fruit gatherers.

The United Organisation for Batwa Development in Uganda (UOBDU) together with 11 local NGOS dragged the Uganda government to court. They were represented by Onyango Owor from Onyango & Company Advocates. They dragged to Court the Attorney General of Uganda government, the Uganda Wildlife Authority (UWA) and the National Forestry Authority (NFA).

On Friday 20th August 2021, a panel of five judges unanimously agreed and ruled that the Batwa hace suffered a lot from eviction from their ancestral land.

Part of the judgement from Justice Musoke read that “…..the Batwa have been left disadvantaged, owing to their eviction from the said land, and also due to the nonpayment to them of adequate compensation which would have facilitated their relocation to similar lands. This has rendered them landless and has severely affected not only their livelihoods but has destroyed their identity, dignity and self-worth as a people and as equal citizens with other Ugandans,”

The judge said that Article 2(1) requires the state to put in place measures to ensure that marginalized persons or groups of persons must feel like other citizens.

The UOBDU and eleven individuals petitioned the court over the fate of the Batwa People in 2013. They argued that Batwa lived in the forest and their eviction was a violation of their property rights over their ancentral lands.

Through their lawyers the government argued that Batwa were not denied to access the forest and were left with the right to access the forests for fruits, herbs and forewood. The constitutional court however noted that since the gazetted parks and reserve were the ancenstral lands of the Batwa, the government had to consult them first and they had to be involved in the process of gazetting the protected areas.

After the court ruling in the favor of the Batwa, the Uganda government has been ordered to recogzine the Batwa as the righful owners of the three gazetted protected areas and they should be formally registered as lawful owners.

“The respondents shall within 12 months from the date of the notification of the judgment, pay to the Batwa fair and just compensation for all material and immaterial damages caused by the eviction, exclusion, or dispossession and consequent impoverishment, loss of economic, social and cultural amenity and opportunity and other harms suffered by the Batwa.”

The government has also been ordered to settle the Batwa in an alternative land that is of equal size with the lost land that was gazetted into Bwindi Impenetrable National Park, Mgahinga Gorilla National Park and Echuya Forest Reserve.