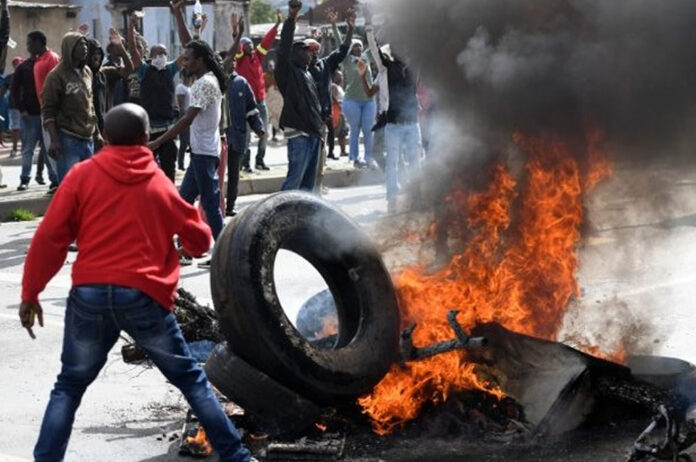 We have already established that a good number of South Africans in South Africa are sick in the head – lazy, unfeeling and plain barbaric! How else could we explain their blatant declarations that they will kill anything foreign simply because they feel threatened. If they got themselves some education and worked hard when they did in fact get those jobs would they not have an upper hand?

I am getting frustrated by the fact that nothing seems to be happening about actively protecting our peoples in that part of Africa. Nothing being said to reprimand such behavior and attitudes, no legislation being put in place and not even any sort of demonstrations both in and out of the country. For how long are we going to continue to keep silent as our brothers and sisters continue to be treated as animals?

Sure one might argue and say lots is being said on the social networks. Yesterday I saw Zvirikufaya nakedha is trying to mobilize people to sign a petition of some sort. In my opinion, its just not enough! This is warfare that is going on. People are being necklaced, stoned, burnt alive – and it doesn’t matter their age. Their crime? Simply because they are not South African. And then we respond to that by tweets and petitions!?!

Do not get me wrong, I am not trying to incite a civil war or reverse hatred, but something just HAS to be done! Our kinsmen are living in terror whilst we keep silent. For many, they are the bread winners of families back home. And here in Zim when things were especially unbearable, they kept us sane by lending a hand every now and then. When it is now their hour of need shall we ignore and leave them to their dire fate?

Shall we demand that they come back home? Come home to what though? Most of them have already built lives over there. Do we continue with this soft cyber appeal we seem to be comfortable with? But to what avail? The scums terrorizing our people don’t even seem like the kind savvy enough for social networks other than WhatsApp. And the ones talking trash online – if they are bold enough to sink that low do you figure simply telling them they are being evil will move them?

Would they change their ways if we gave them a taste of their medicine? But that would be sinking down to their level and of course we are better than that. Then what? Serious demonstrations in and out of South Africa? Both violent and non violent? But that might just escalate to a series of civil wars.

Firm public statements from their president? But statemented with no actions backing them are meaningless. Legislation? This is their country – we can hardly force other people to put legislation favoring other people can we?

What solution then is there for this because one is needed like yesterday. Because this is about a mindset that needs changing. And as long as there are no serious consequences for such brutality, our people will continue to be in danger. To think they even have the nerve to protest against a statue of oppression when they are worse than Rhodes himself and all that he stood for.

About the SA Student Protests Against C. J. Rhodes’ Monument

A New Approach to Transnational Investigative Journalism: an African Perspective