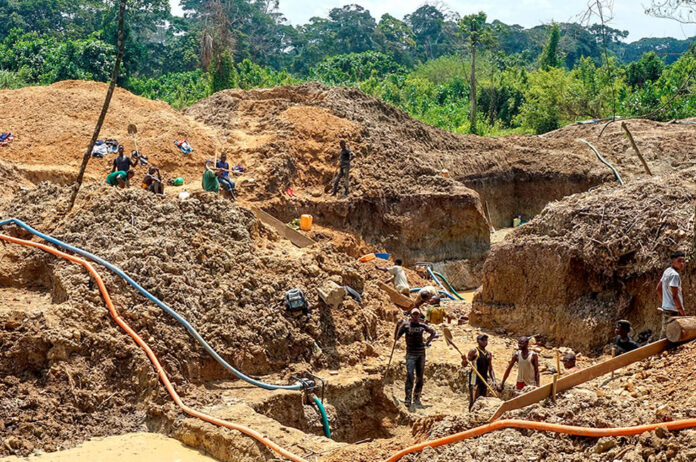 KISANGANI, More than 1,000 people in eastern Democratic Republic of Congo (DRC) have been ordered to move to a suspected minefield because the authorities want to build shops and restaurants on the site of their old homes.

“If there is a risk, it is only 10 percent. Nobody has died yet,” he said, adding that demining of the area had already been conducted by Handicap International Belgium and “if not properly done, it is their responsibility…

“This is a simple demolition of shacks and makeshift homes… Investors should take advantage of the land to build inns, hotels and flats.”

On 4 March the mayor told the 1,350 villagers of Tsamaka they had 30 days to move about 100m towards the suspected minefield, and on 18 March, with police in attendance, the local authorities started destroying their shacks – against the advice of the UN Mine Action Centre (UNMAC), and despite the fact that Mechem Demining was to have begun mine-clearance operations there on 1 April.

“It’s exactly as if we were told: Go die,” said Kamulete Michel, who lived in one of the 206 demolished homes on the edge of an airport.

Local deminers in charge of the programme said they were very surprised by the municipal decision. One of them, Dikon Limbombe, told IRIN: “We have asked the mayor to postpone his ultimatum for two months, or give the villagers another option.”

Former employees of Handicap International said only trial clearance operations had been conducted on a 50 sqm area. The arrival in Kisangani of a Mine Wolf MW330 on 16 March was part of UNMAC plans to sweep the whole area over the next two months.

Furthermore, the mined area of Bamgboka, opposite the airport, was recently added to the list of dangerous areas near Kisangani.

According to Mike Kelly of Mechem Demining, the field in question was considered at risk after a farmer found seven mines there late in 2010, and a further three mines were discovered in early 2011.

On the night of 19-20 March, a fire set by villagers to clear the land they were supposed to move to caused two explosions. “The intensity of the noise suggests a mine went up,” Kelly said.

It is difficult to determine the extent of a minefield and that is why the whole area is considered dangerous, he added.

“We’re like refugees; we should at least have tarpaulins while we wait for our new homes to be finished; last night’s storm flooded everything,” said village chief Mondo Songola, adding that his villagers were further at risk by having to find the timber for rebuilding from a nearby forest.

They do not know that this forest zone has been marked with signs by teams from Handicap International Belgium, he said, “but we have no choice… We’re supposed to finish our houses by next week, and the municipal authorities are only helping by destroying what we had.”

IRIN noticed that children had taken down mine warning notices and were playing with them.

The villagers have been living on the site since 1979, one year after the inauguration of the nearby airport.

UNMAC has registered 2,412 victims of mines and unexploded ordnance in the DRC since 2002, but many others have not been identified.