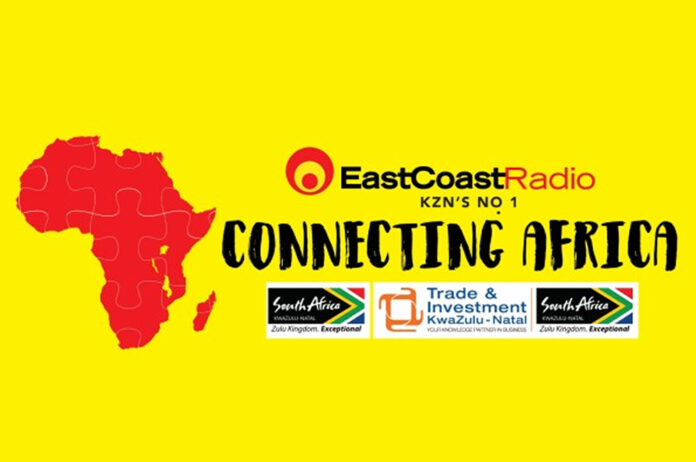 SOUTH AFRICA: East Coast Radio (ECR) has extended its reach into Africa, having just wrapped up an initiative that brought together four radio stations in KwaZulu-Natal – two of them from across the SA border.

Supported by Trade and Investment KwaZulu-Natal (TIKZN) and Tourism KwaZulu-Natal (TKZN),Connecting Africa was aimed at encouraging potential trade and investment from Zambia and Zimbabwe while promoting inbound African tourism to the Zulu Kingdom.

East Coast Radio’s Marketing Manager, Renée Burton, says, “Connecting Africa is more than just a project. It is about key stakeholders amplifying future opportunities within Africa. It’s the richness of all the cultures that are involved that also serves to set this initiative apart from other ventures.”

Now in its fourth year running, Connecting Africa saw representatives from Star FM in Lusaka and Phoenix FM from Harare joining ECR in Durban along with its sister station, Jacaranda FM from Gauteng. The teams spent a week from 8 May 2015 taking in KZN’s must-see spots as well as business ventures, before broadcasting live back to their respective audiences on 11 and 12 May 2015. Their experiences in and around Durban, the KZN Midlands and up north in St Lucia were shared with a collective audience of 13 million listeners.

“Connecting Africa is a platform that enables the strategic promotion, branding and marketing of the province of KwaZulu-Natal as the premier investment, trade and tourism destination,” says Zamo Gwala, CEO of Trade and Investment KwaZulu-Natal. “This is an opportunity to further expand trade relations with Zimbabwe and Zambia.”

In addition to forging greater, mutually-beneficial socio-economic relationships with our neighbours,

Connecting Africa was also a learning exchange programme; a chance for the four radio stations to share intellectual property and cement cross-border collaborations.