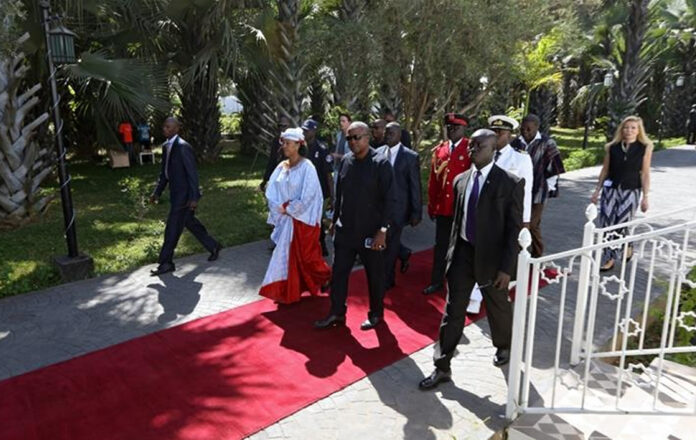 Gambia’s security forces have entered the building of the Independent Electoral Commission, instructed its chairman to leave and barred other employees from entering, according to the commission chairman.

Tuesday’s developments came as West African heads of state began arriving in the country to try to convince long-term President Yahya Jammeh to relinquish power after losing an election this month.

“The military came to my office and said I am not to touch anything and told me to leave,” Alieu Momar Njie, the electoral commission’s chairman, said.

“I am worried for my safety.”

The Independent Electoral Commission had announced the news of Jammeh’s defeat at the hands of Adama Barrow.

The delegation is headed by Liberian leader Ellen Johnson Sirleaf, a Nobel Peace laureate and the current chairwoman of the Economic Community of West African States (ECOWAS).

The African Union said in a statement late on Monday that it also planned to send a high-level delegation, led by Chad’s long-ruling President Idriss Deby, to facilitate a “peaceful and speedy” transfer of power.

The streets of the Gambian capital Banjul were calm on Tuesday, with a high security presence, witnesses said.

Armed guards surrounded a hotel where the delegation was due to meet Barrow, Gambia’s president-elect , later on Tuesday.

Barrow has said that he will annul Jammeh’s declaration of Gambia as an Islamic republic.

However, last week Jammeh said that he no longer accepted his election loss and called for another vote, saying there were irregularities.

Jammeh’s ruling party said late on Saturday that his statement was simply a prelude to the party challenging the results in a petition to the Supreme Court.

By law, election results can be contested up to 10 days after the vote.