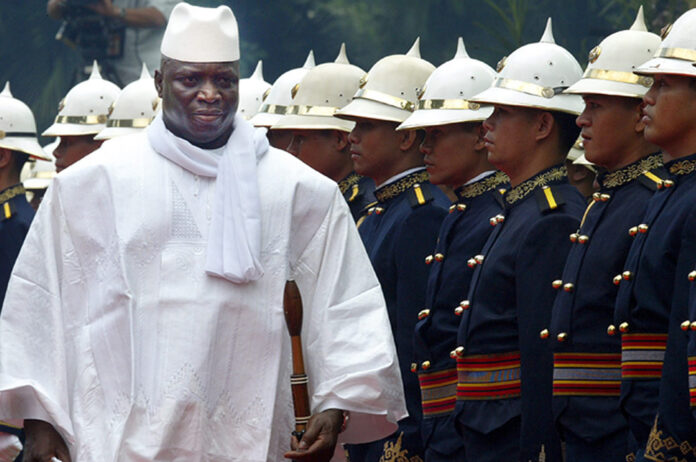 The African Union says it will cease to recognise Yahya Jammeh as The Gambia’s legitimate president after last-ditch attempts to persuade the longtime leader to step down failed.

Jammeh, a former coup leader who has ruled the country since 1994, lost a December 1 election to Adama Barrow by a slim margin. He initially conceded defeat but a week later contested the poll’s results, stating irregularities.

He now refuses to give up power.

Inside Story – Can a showdown be averted in Gambia?

In a statement issued after a meeting in the Ethiopian capital on Friday, the AU’s Peace and Security Council warned of “serious consequences” if Jammeh’s actions lead to political disorder and the “loss of innocent lives”.

It also called on The Gambia’s security forces to “exercise utmost restraint” leading up to the inauguration.

President-elect Barrow also called for direct talks with Jammeh to discuss the peaceful handover of power.

They tried to persuade him on behalf of regional bloc ECOWAS to make an honourable exit, rather than risk dragging the country into crisis or civil war.

“Only God knows whether Jammeh will accept to step down,” Buhari said.

While ECOWAS has voiced its commitment to seeking a peaceful solution to the impasse, it has also hinted at possible military action if Jammeh stays on beyond the end of his term next week.

“This talk is very, very crucial because it is on the basis of this talk that everybody can now begin to see which option to take,” said Nigerian Foreign Minister Geoffrey Onyeama, also part of the delegation.

Al Jazeera’s Nicolas Haque, reporting from Dakar in neighbouring Senegal, said Gambians were worried that the issue could escalate into a violent conflict.

“Troops in Senegal and in Nigeria are on standby,” he said.

“Meanwhile Adama Barrow will be travelling to neighbouring Mali where he will be meeting the heads of West African states to explore all options – as Jammeh and his security forces grow increasingly isolated.”

Earlier this week, Gambia’s dysfunctional Supreme Court delayed hearing Jammeh’s petition until Monday, since only one out of five judge was present.

But experts say it is highly unlikely that four additional judges will be present on Monday, because the Supreme Court has not been operational since Jammeh fired several of the court’s judges in mid-2016.

All other eligible Court of Appeal judges left the country after the December election.